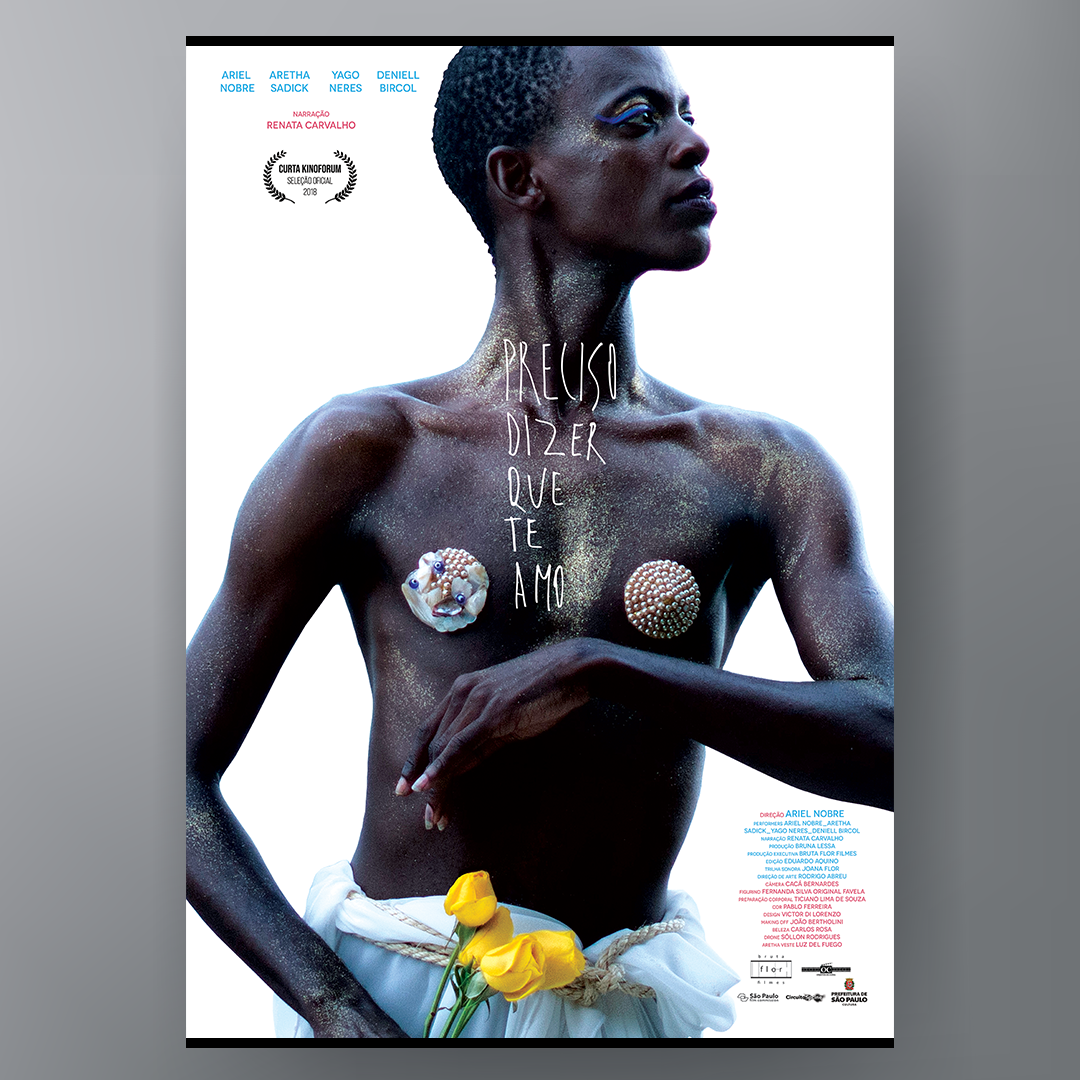 I need to say i love you

I have had the honour to be invited to work on this project by my friend, and the director of this short film, Ariel Nobre. This was the first film in São Paulo directed and produced by a trans man.

Preciso dizer quer te amo (I need to say I love you) is self-biographic film, and it deals with the struggle trans people have to endure to exist. It’s about how to get through that and find their true selves within these adversities, claiming their place in the sacred.

I chose to use the image of one of the actors, Aretha Sadick, to translate what the film needs to communicate: androgeny, the sacred and hope.

Next Project (n) Avon Brazil - Owner of your own beauty